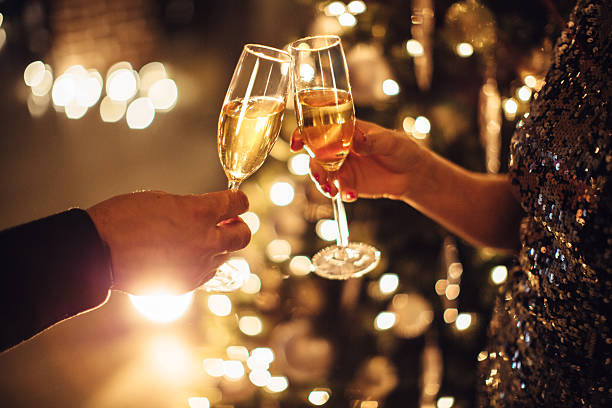 NEW ORLEANS, LA — Tis the season in New Orleans! In a city known worldwide for its dedication to the Good Times, residents and visitors alike will be making extra merry for the one hundred and three days between Thanksgiving and Mardi Gras. Whether it’s a private party at a friend’s home, a dinner celebration on the town, a day at the racetrack, or one of the many Carnival parties, balls, and parades, New Orleans offers ample opportunity for conviviality during the holiday season. Unfortunately, all of the merriment increases the risk that you, or someone you love, could be involved in an alcohol-related motor vehicle accident.

Drunk driving claims more than 10,000 American lives per year. In 2016, an average of 29 people died per day, or one person every 50 minutes. In 2014, 300 hundred Louisiana residents were killed in motor vehicle accidents involving drunk drivers.

While nationally New Year’s Eve is one of the most dangerous single holidays when it comes to drunk driving injuries and fatalities, in Louisiana, Mardi Gras can often be worse. In 2009, alcohol played a part in 48% of motor vehicle collision fatalities; during Mardi Gras, that percentage spiked to almost 70%.

There are many actions savvy celebrants can take to reduce alcohol related fatalities and injuries during the holiday season. Hosts and hostesses can play a part in increasing the safety of their guests by simply serving non-alcoholic beverages alongside wine and spirits. Hiring or recruiting a volunteer bartender allows alcohol consumption to be monitored, giving a hostess the opportunity to determine if a friend has had one too many. Often times, simply asking a guest if he or she has a safe and sober ride home encourages responsible drinking behavior, and it may save that friend’s life.

Party-goers should plan their transportation in advance. Although the designated driver, who volunteers to abstain from alcohol for the evening, is always a wise choice, there are other options for the crew who wants to roister together. The prevalence of ride-sharing services like Uber or Lyft might be responsible for a reduction in drunk driving. Ride-sharing and traditional taxi cabs allow revelers to enjoy their evening without worrying about designating a sober friend. Leaving your car at home before the night gets started all but ensures that a poor transportation choice won’t be made later on, when inhibitions are lowered and courage is up due to alcohol consumption.

Unfortunately, even the most responsible person can become the victim of a drunk driver. In that case, it is always advisable to retain an attorney to help recover compensation for damages caused under these tragic circumstances. The experienced attorneys at The de Boisblanc Law Firm offer free consultations to victims of careless drivers, and are committed to helping victims seek the justice they deserve.

May your holiday season be dazzling, merry, and most of all, safe!

NEW ORLEANS, LA — Mayor Latoya Cantrell made news  by pledging to remove twenty cameras in New Orleans, in line with her campaign promises to suspend the universally hated program. However, even though more than 70% of the voting public is against traffic cameras it appears the enforcement tool isn’t going away any time soon.

In some cities, protests against traffic cameras have turned into illegal action on the part of disgruntled motorists, such as Stephen Ruth of Long Island, NY, dubbed the “Red Light Robin Hood” by his community, who was arrested for sabotaging numerous cameras. In a strange turn of events, Mr. Ruth’s actions led to an interesting discovery: in his Suffolk County community, yellow lights where there are no traffic cameras last for five seconds, but where there are traffic cameras, yellow lights only last three seconds.  Around the country, residents of other cities have discovered the coincidental correlation between the installation of red light cameras and shortened yellow light durations.

Proponents of traffic cameras argue that they increase safety. New research from Case Western Reserve University suggests otherwise, stating in part that motorists shift their driving patterns. “Once drivers knew about the cameras, they appeared to accept a higher accident risk from slamming on their brakes at yellow lights to avoid an expensive traffic citation—thereby decreasing safety for themselves and other drivers,” said Justin Gallagher, an assistant professor of economics at Weatherhead School of Management at Case Western Reserve, and co-author of the paper recently published to Social Science Research Network.

It’s well known that most citizens hate the cameras and don’t want them. What is less clear, is whether or not the cameras are constitutional. The Sixth Amendment’s Confrontation Clause states that citizens have the right to confront their accuser. In the case of traffic cameras, the accuser is a machine managed by a technician with whatever company is running the cameras. In some municipalities, a technician’s report is read to the court by a police officer who was not present to witness the alleged violation. When accused persons raised concerns as to the calibration and reliability of the machine that “caught” their violation, a certificate was often presented in court, and all parties were expected to believe in the authenticity and accuracy of that certificate. In Melendez-Diaz v. Massachusetts, the United States Supreme Court ruled 5-4 that “merely producing such a certificate in court is insufficient. Defendants have the right to cross-examine any individual who claims to have certified evidence.”

However, municipalities that make traffic camera tickets civil violations avoid having their traffic camera programs challenged on a constitutional basis. In New Orleans, these fines are considered “Civil Penalties,” and if unpaid, will be sent to a collection agency. A citizen may contest the ticket by requesting a hearing.

Whether or not the traffic camera ticket programs will survive their many deficiencies, and concerns about their constitutionality, remains to be seen. For now, motorists are all but united in their dislike for these programs, and New Orleans residents look forward to further action from Mayor Cantrell to reduce and remove this unpopular program.