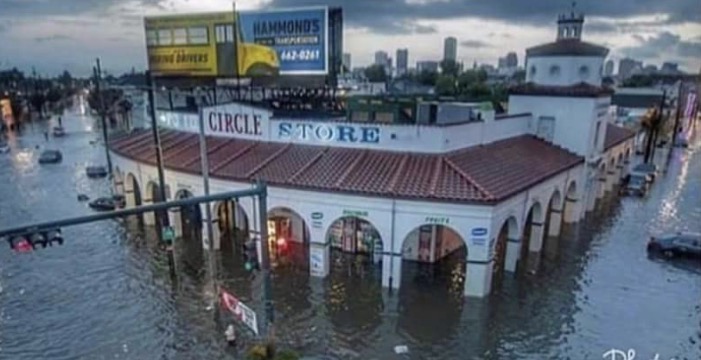 Who is Liable for New Orleans Flooding?

Before the waters receded, New Orleans residents witnessed an astonishing display of conflicting messages and finger pointing. Initially, residents were told by New Orleans Sewerage and Water Board Director Cedric Grant that the flooding was caused by climate change, and should be considered a new normal. This prompted considerable backlash, and as Jefferson Parish didn’t share in the diluvian nightmare, Orleans Parish residents wondered aloud what properties the Orleans-Jefferson parish border had to stop climate change. At the same time, citizens shared their own live videos and photographs of idle pumping stations, and slowly the city admitted that several pumps hadn’t been in operation, due to “routine maintenance”. Over the course of the next few days, New Orleans witnessed the resignation of Director Grant, who blamed his staff for giving him “bad information.” Heads rolled at the utility, a fire occurred in one of the turbines driving the pumps, and by Sunday, August 9, Mayor Mitch Landrieu told New Orleans that 17 of the city’s 121 pumps were in need of “emergency maintenance”, that “outstanding maintenance issues (could be) hindering even some of the 103 pumps considered to be in working order,” and only two of the city’s six turbines were operational. Echoing Cedric Grant, Mayor Landrieu, the President of the Utility’s Board of Directors, stated that he had not been aware of the issues plaguing the critical flood-mitigation infrastructure.

Not knowing a problem exists doesn’t always prevent a party from being held liable. When considering torts– acts or omissions that cause injury or harm—a party may be held liable if he knew or should have known that his action (or lack of) could cause injury or harm. Negligent torts occur when a party’s actions are unreasonably unsafe, and the party defendant owed the plaintiff a reasonable standard of care. Going further, gross negligence is “a conscious and voluntary disregard of the need to use reasonable care, which is likely to cause foreseeable grave injury or harm to persons, property, or both.”

In considering whether or not Mayor Landrieu and the Sewerage and Water Board are liable for flood related damages, we must determine if the Mayor and the Utility knew or should have known about the systemic failure of their pump systems. It may have been that the failure occurred immediately prior to the rain event which led to the flooding, and in that case, the Mayor and the Utility might have been able to claim all innocence of the failure. While operational data can be subpoenaed during litigation, we may look to the Utility’s own 2011-2020 Strategic Plan, obtainable at https://www.swbno.org/docs.asp. In this plan, the Sewerage and Water Board states on page four under “Weaknesses” that they have “deferred maintenance of infrastructure.” This suggests a potential pattern of the Sewerage and Water Board, under the direction of Mayor Landrieu, of postponing or even neglecting maintenance. The flooding event occurring six years after this self-identified operational weakness reveals that there is systemic failure in the infrastructure system, which suggests a gradual decline of capabilities only possible if the admitted “deferred maintenance” had not be corrected, after being recognized. Whether or not the Mayor states that he was not aware of any of these issues, as President of the Board of Directors, it is his responsibility to read strategic plans created for the improvement and success of the Utility. By this alone, we see that the Sewerage and Water Board knew that the deferred maintenance of their infrastructure was a weakness, and that Mayor Landrieu should have known that the maintenance of infrastructure was a challenge for the Utility. While only operational details will fully clarify the issue, it stands to reason that the systemic infrastructure failure that caused the flood of August 2017 would only be possible had that infrastructure lacked in critical maintenance. Therefore, the Mayor and the Sewerage and Water Board may be exposed to the allegation that they committed a tort against the citizens of New Orleans.

In determining whether or not the Mayor and Utility were grossly negligent, it is clear that failing to maintain flood-mitigation infrastructure could foreseeably cause harm. New Orleans, a city below sea-level and sandwiched between the Mississippi River and Lake Pontchartrain, is not only susceptible to flooding, it is prone to intense hurricanes. No resident will forget Hurricane Katrina, which cost an upwards of 1,500 lives mainly due to flooding caused when the levee system failed to protect the city. However, it isn’t enough to be able to foresee harm; the Mayor and the Utility must have engaged in a conscious and voluntary disregard of the need to use reasonable care. To determine that possibility, we examine the importance placed upon the Sewerage and Water Board’s pumping infrastructure by the Department of Homeland Security, the Federal Emergency Management Agency, and the Utility itself. In the aftermath of the devastation, Congress authorized more than 14 billion dollars in funding to repair and upgrade the flood-mitigation infrastructure, and put in place myriad programs and partnerships between local, state, and federal government agencies to mitigate risk. The Sewerage and Water Board, in charge of the city’s flood-water drainage system, was identified as a partner in Department of Homeland Security flood resiliency training exercises. In 2007, FEMA identified the Sewerage and Water Board of New Orleans as a partner in complying with The Disaster Mitigation Act of 2000, and earmarked $47,000 for the Utility to develop a compliant hazard mitigation plan. During the creation of this plan, the Utility identified its pumping stations as “critical” in mitigating hazards such as Katrina*. Only two years after the Utility designated the pumping infrastructure as “critical”, the Utility cites its own “deferred maintenance” as an operational weakness. The Mayor and the Utility were well aware of the essential, life-and-property protecting nature of the pumps; funds and direction from federal government partners had been made available to the City; and nonetheless, the Utility engaged in a pattern of deferred maintenance on infrastructure. On August 5, 2017, flood waters revealed that almost every single part of the pump system, from the pumps themselves to the turbines powering them, was significantly compromised. While discovery is needed to help us determine if there was a deficit of time or resources, whereby a more essential piece of flood-mitigation infrastructure, if any exists, took necessary resources away from the pump system, it appears on this examination that an allegation of gross negligence may be made against Mayor Landrieu, and the Sewerage and Water Board of New Orleans. 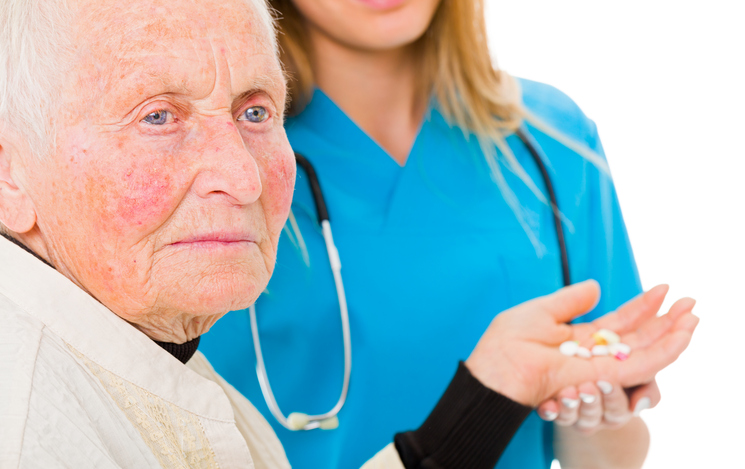 NEW ORLEANS, LA —Nursing home neglect and abuse is in the news again, with the preventable death of an elderly man in Annandale, Minnesota. In an unimaginable instance of neglect and incompetence, the nursing home had “no system, policies, or procedures in place” to ensure that patients received their medication as prescribed.

Louisiana routinely fares much worse than Minnesota in nursing home evaluations, with patient-advocacy group Families For Better Care ranking Louisiana an “F” on an A-F scale in its most recent survey. States are rated in categories such as licensed nurse-patient ratios, health inspection results, and number of ‘severe deficiency’ citations from the Center for Medicare and Medicaid Services (CMS). Data is drawn from CMS, and a ranking is assigned based on comparisons with other states. Another group, Medicare Advocacy, states that staffing deficiencies are a leading cause of patient neglect and harm. In a recent years, Louisiana nursing homes have received multiple deficiency citations, including “jeopardy-level” staffing deficiencies.

If your loved one has suffered neglect or harm in a nursing home facility, he or she may be able to recover damages. In any case of medical malpractice, a plaintiff can only win if it is proven that a doctor, or facility, failed to meet the medical standard of care, or in other words, if the doctor or facility failed to provide “the type and level of care an ordinary, prudent, health care professional, with the same training and experience, would provide under similar circumstances in the same community.”

Nursing homes have very specific standards that they must maintain. Facilities that accept Medicare and Medicaid must follow strict federal regulations, and are subject to inspections by federal monitors. All nursing homes must be licensed. When selecting a nursing home for your loved one, be sure to check the results of each facility’s most recent inspections. Should you believe that your loved one has been harmed by the neglect or failure of a doctor, or nursing home staff member, an experienced attorney can determined whether or not the harm to your family member was due to the facility’s failure to meet the medical standard of care. If so, you may be able to recover damages in a medical malpractice case.

Often times, our elderly cannot speak up and advocate for themselves. It’s essential that we ensure that our elderly, if they must be in a nursing home, are in a facility that takes its responsibilities seriously, and meets all state and federal requirements. It is equally important that we help our elderly loved ones to find justice if they have been injured due to the neglect, incompetence, or abuse of a nursing home facility or its staff. Should you feel you or your loved one has been a victim of nursing home abuse or neglect, call The de Boisblanc Law Firm today, and speak to an attorney who will fight for the justice you deserve.