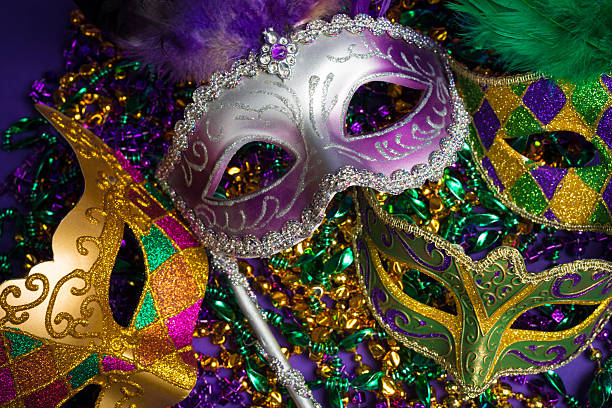 NEW ORLEANS, LA — Carnival season is in full swing, and the good times will be rolling all the way through Mardi Gras Day, which is March 5 this year. For the most part, locals and visitors alike will experience one of the best celebrations the nation has to offer, but with thick crowds, throws of all shapes and sizes tossed from moving floats, and an abundance of festive beverages flowing, there is a great potential for accidental injury. Yet even if you are injured by another person during Mardi Gras, you may not be able to recover any damages, depending on the circumstances of your injury. This is because of Louisiana Revised Statute 9:2796 , a uniquely Louisiana law which states in part that “no person shall have a cause of action against any krewe or organization, any group traditionally referred to as Courir de Mardi Gras, or any member thereof, which presents Mardi Gras parades” and advises that anyone attending Mardi Gras parades “assumes the risk of being struck by any missile whatsoever which has been traditionally thrown, tossed, or hurled by members of the krewe or organization in such parades.” Colorfully, these items include but are not limited to beads, cups, coconuts, and doubloons. Yet this law hasn’t gone without challenge.

One challenge to this law was brought by Mrs. Daisy Palmer and her husband against New Orleans’ century old Zulu Social Aid and Pleasure Club, which traditionally parades on Mardi Gras Day. Mrs. Palmer represented that while attending the parade, she had been struck in the head by one of Zulu’s signature coconut throws. The only exception the law has provided to the immunity coverage extended to krewes is if there is gross negligence involved. In this case, the Civil District Court for the Parish of Orleans did not feel that Palmer’s case was likely to prove an exception to the immunity law, and therefore ruled in favor of the Zulu Club. The Palmers appealed, and the Fourth Circuit Court of Appeals affirmed the lower court’s ruling.

In Duplantier v. Krewe of Pygmalion, et al, the court found that the immunity statute didn’t apply to all of the defendants, highlighting another important characteristic of the Mardi Gras Immunity Statute. Mr. and Mrs. Duplantier were injured when the float they were riding on collided with a tree limb. This was determined to possibly be due in part to the actions of the driver of the tractor towing the float. The court found that contracted employees of a krewe, who are compensated to provide services such as towing floats to the parading krewe, are not covered by the Mardi Gras Immunity Statute, and can therefore be found liable if their actions cause injuries to others.

So whether you’re planning to watch the parades from a friend’s balcony, in the grandstands, or on the street in your favorite spot, or if you’re visiting us from places where the day before Ash Wednesday is “just another day,” we hope you lassaiz le bon temps rouler  and above all, stay aware and celebrate safely! Wishing you a fun-filled Mardi Gras from The de Boisblanc Law Firm!

NEW ORLEANS, LA — In a previous entry to this blog, we discussed the dangers of legal funding loans.  The chief concern is that by the time your case is settled, the amount such third party lenders will say you owe is significantly greater than the principal plus lawful interest you’d have been charged with an ordinary loan. Yet even with this serious downside, legal funding, or lawsuit loans, are growing in popularity in the United States, leading some opponents to challenge the growing industry in ways that can affect your lawsuit.

The most prominent of these is the U.S. Chamber Institute for Legal Reform, an affiliate of the U.S. Chamber of Commerce, which suggests not only that the legal funding industry is investing close to $1 billion annually, but that greater transparency is needed. To achieve this goal, they seek to add a provision to Federal Rule of Civil Procedure 26(a)(1)(A) which would require the disclosure of any compensation agreements that are “contingent on, and sourced from, any proceeds of the civil action, by settlement, judgment, or otherwise.”

The concern is not only that these companies disproportionately target lower income people who cannot afford the financial hardships that follow a serious accident, by charging them large and excessive fees for small sums of badly needed money. Opponents of lawsuit loans also raise concerns that this funding has the potential to create conflicts of interest, or even facilitate fraud. Courts must now consider whether or not to compel plaintiffs to disclose if they have taken legal funding, and from whom, and even require them to produce the contracts they signed to receive such funding. The Northern District of California has gone so far as to order the disclosure of people or entities who “fund[ ] the prosecution of any claim or counterclaim” in a proposed class, collective, or representative action. And the International Bar Association’s (IBA) 2014 Guidelines on Conflicts of Interest in International Arbitration require disclosure of any party with a “direct economic interest” in a potential award.

If defense attorneys discover the identity of your legal funder, they will investigate any possible connections between the funding company and other parties involved in your case. Furthermore, gaining access through discovery requests to the contract you signed with the lender, or the application you filled out wherein you described your case, might cause additional complexities for your lawsuit. Where legal funding is tied to medical funding, not only is the client required to pay interest and fees on money used to pay for his health care, unscrupulous medical providers may engage in corrupt business practices to inflate the cost of your medical care. The insurance company will unknowingly pay more for a medical procedure than it is worth. The inflated cost, if uncontested by your attorney, will then be deducted from your recovery, and you will pay interest, fees, and charges on money used to pay that inflated cost.

On the other hand, the legal funding industry has countered that their services “level the playing field,” allowing small business and individual claimants to pursue litigation against “big business.” They argue that legal funding also helps plaintiff attorneys who work on contingency, as plaintiff attorneys must fund medical treatment and legal costs for their clients, which they will be compensated for when and if a settlement is reached. Less established attorneys may not have sufficient capital to fund many cases at once, nor do they have the sort of physical collateral to build a relationship with a bank which would allow them to handle client costs with only the lawful and minimal interest attached to the loan.

Despite the arguments on both sides, lawsuit loans are legal in Louisiana and likely here to stay, at least for now. As a plaintiff, you must decide if your needs are great and urgent enough to be worth the high fees and charges you will have to pay should you choose to make a loan against your case. If the U.S. Chamber Institute for Legal Reform and its allies have their way, choosing to contract with litigation funders will add further complexities to your case.

If you’ve been in an accident, the smart choice is to contact an established attorney who can pursue your claims without weighing your case down with unnecessary fees and costs. The de Boisblanc Law Firm, serving the Southern Louisiana region for over fifty years, has the experience you need to secure justice for your injuries while minimizing your costs.