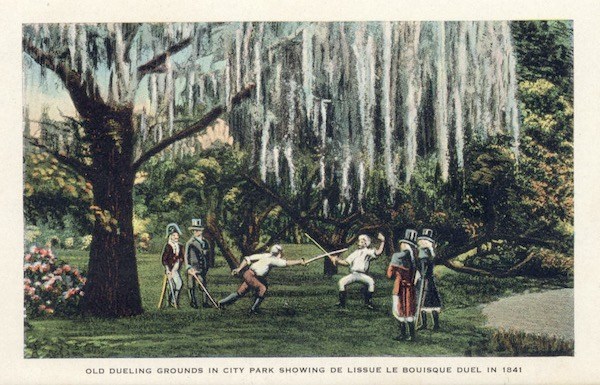 Mr. David Ostrom of Paola, Kansas, frustrated by a custody battle with his ex-wife, has requested the Iowa District Court grant his motion for trial by combat, as the insults and troubles he alleges caused to him by his adversaries are so grave that satisfaction and justice can only be found “on the field of battle where (he) will rend their souls from their corporeal bodies.”

Of course, in this day and age, gentlemen such as Ostrom rarely have the appropriate soul-rending instruments at immediate hand, and therefore, Ostrom further requests of the Court a 12 week continuance in which he might procure or forge a suitable katana or wakizashi sword.

Ostrom argues that trial by combat has never been explicitly legally banned. He would also allow his ex-wife to select a champion to fight for her. Ostrom suggests that her attorney, Mr. Matthew Hudson, accept this honor, but Mr. Hudson appears to have declined, helpfully advising that “a duel could end in death.”

As sensational as this may seem to some, the trial of legal questions through combat has been requested of courts in the very recent past. In 2015, a New York defense attorney, feeling himself dishonored by the allegations of his adversary, moved for the opportunity to dispatch the offending party over the River Styx. It appears that this request wasn’t granted.

While this might seem strange in Iowa, Kansas, or New York, in New Orleans, satisfaction through combat is well established in tradition, and was practiced by the finest and most upstanding members of the community. In fact, according to preeminent historical scholar Alcée Fortier, more than ten individual duels were fought on a single Sunday in the city, and more duels were fought here in the 1830s than in any other city in the world!

Honor, especially the honor of the French Creoles, demanded that a gentleman be prepared to avenge insults on the field of battle. Schools were established throughout Old New Orleans where the young sons of prominent families would learn the art of swordsmanship.

Of course, not everyone in the city believed that men should be permitted to engage in consensual single combat. Dueling was technically illegal in New Orleans, but as it was a widely practiced cultural norm, not many were likely to report a duel to the authorities. Also, there was a very good chance that the authorities themselves might also have satisfied their honor on the field once or twice!

While the law itself didn’t concern New Orleanians, deference to the sanctity of law was something else entirely, and it became common to conduct one’s dueling in places that wouldn’t offend or inconvenience the general public, nor flaunt the dueler’s disregard of laws offensive to his own honor. Famously, a pair of grand live oak trees on the Allard Plantation became a popular site for settling an affaire d’honneur. Today, the Allard Plantation site comprises New Orleans City Park, and locals and visitors alike can visit the spot, where one of the trees still stands.

With the recent interest in judicially sanctioned dueling, nostalgic New Orleanians may cherish faint hopes that one day, a motion may be heard in Civil District Court to permit the remedying of insults in the most traditional of manners: on the field of honor. 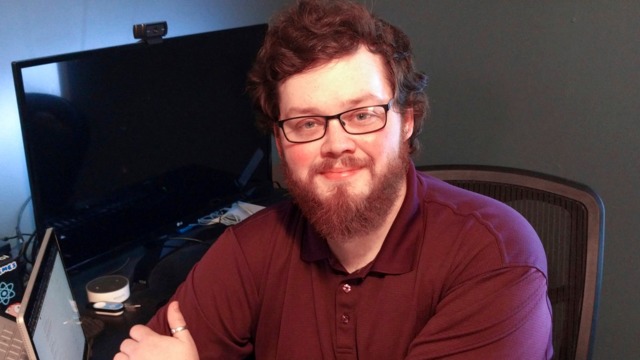 US District Court Rules Blogger Can Mock Stench in Sibley

SIOUX CITY, IOWA – The US District Court for the Northern District of Iowa has ordered the city of Sibley not to sue a resident for using social media to complain about the stench of a local dog-food processing plant, causing the internet to wonder, “What was the city thinking?”

In 2013, after receiving financial incentives from the city government, Iowa Drying and Processing began operations in the small town of Sibley. According to their website, their product is “food and feed grade products,” created by rendering such appetizing items as “turkey digest.” The plant brought twenty-six jobs to the small town, but unfortunately, it also brought a nuisance that residents couldn’t ignore: a pervasive and gagging stench that permeated the entire town, especially on hot and humid days.

Wade Elerbroek, a Sibley resident and business owner, described the smell as “as rancid and dead animal-like” in the Sioux City Journal. Residents complained that the smell was so noxious, it prevented them from being able to use their air-conditioners, open their windows, or even dine in the small town’s restaurants. They christened IDP’s plant, “The Blood Plant,” and complained to their city government.

In 2015, frustrated by what he perceived to be that government’s inaction, resident and web designer Josh Harms created the website Should You Move To Sibley, Iowa? where he pointed out the town’s attractions, such as hiking trails and his favorite Mexican restaurant, and contrasted those local perks against the asphyxiating aroma of stale blood and processed animal parts.

While it took the city government two years to discover the website, once they did, they were not amused, and they felt compelled to take action against Harms for publishing his critical blog. As reported in The Des Moines Register, an attorney for the city sent Harms a cease and desist letter, advising him he had ten days to remove his website or be sued. The city claimed that Harm’s website “libels Sibley, interferes with the recruitment of businesses and new residents, and negatively affects property rights.” Another attorney also warned Harms against speaking to reporters. Harms went straight to the ACLU, and a complaint was filed in the US District Court for the Northern District of Iowa, where Harms alleged the city was violating his First Amendment and Civil Rights. “Receiving this threat from the city was the first time I’ve ever felt afraid that what I might write and put online would make me a target of my own government,” Harms said in a statement.

The US District Court agreed, and issued an injunction on Thursday, March 29, 2018, preventing the city government of Sibley from threatening legal action against Harms due to his critical website; it also prevents the city from telling Harms he can’t talk to the media.

ACLU Legal Director of Iowa, Rita Bettis, stated “Today’s outcome sends a strong message to the city of Sibley and all Iowa government officials to respect the free speech rights of Iowans. The right of the people to freely and openly criticize their government is the very foundation of democracy. In America, the government cannot threaten legal action against someone for speaking out against it.”

The Constitution thus defended, Harms returned to work on his website, where he now offers a bit of legal advice for governments large and small, concerning the definition of libel, and the illumination of citizens’ rights, in hopes of avoiding future confusion. The city, for its part, has fined the “Blood Plant” and sought its own legal remedies. According to Harms, the odor has improved, although noxious fumes occasionally return to plague the citizens. As for the dog food plant, they state they are actively working to mitigate the fumes, and they’re also considering moving to greener pastures.